is an ambitious wholesaler with a strong focus on contemporary entrepreneurship. We believe that intensive collaboration is the best basis for effectively exploiting market opportunities. Everybody, including the consumer, benefits from this approach at the end of the day!

We’re at your service!

Eisenga has been a family of entrepreneurs for centuries. The ancestors of the current owners, brothers Ruud and Henk Eisenga, started out in business as barge skippers.

In 1760, the Compagnonsvaart canal was excavated between central Friesland and Drenthe. In 1817, the canal reached Appelscha, where Eisenga Kaasondernemers had its first business premises. Although the canal was primarily intended for drainage and transporting peat, it was also used to transport butter and cheese on demand. Around 1870, the Eisengas started transporting butter and cheese as a business venture of their own, selling these products to grocers and milk vendors along the route. This marked the start of the company’s cheese trading activities. When the demand for inland shipping delivery services started to decline at the end of the 19th century, Eisenga switched its focus entirely to trading in cheese from 1898 on.

Henk and Ruud Eisenga are the fifth generation to take control of the helm of this cheese wholesale business. The brothers started to learn the ins and outs of the cheese trade at a very early age. There were still teenagers when they started working in the warehouse and selling cheese from mobile market vehicles. They have clear ambitions and know exactly where they want to take the company. Collective growth through contemporary entrepreneurship is central to their strategy. 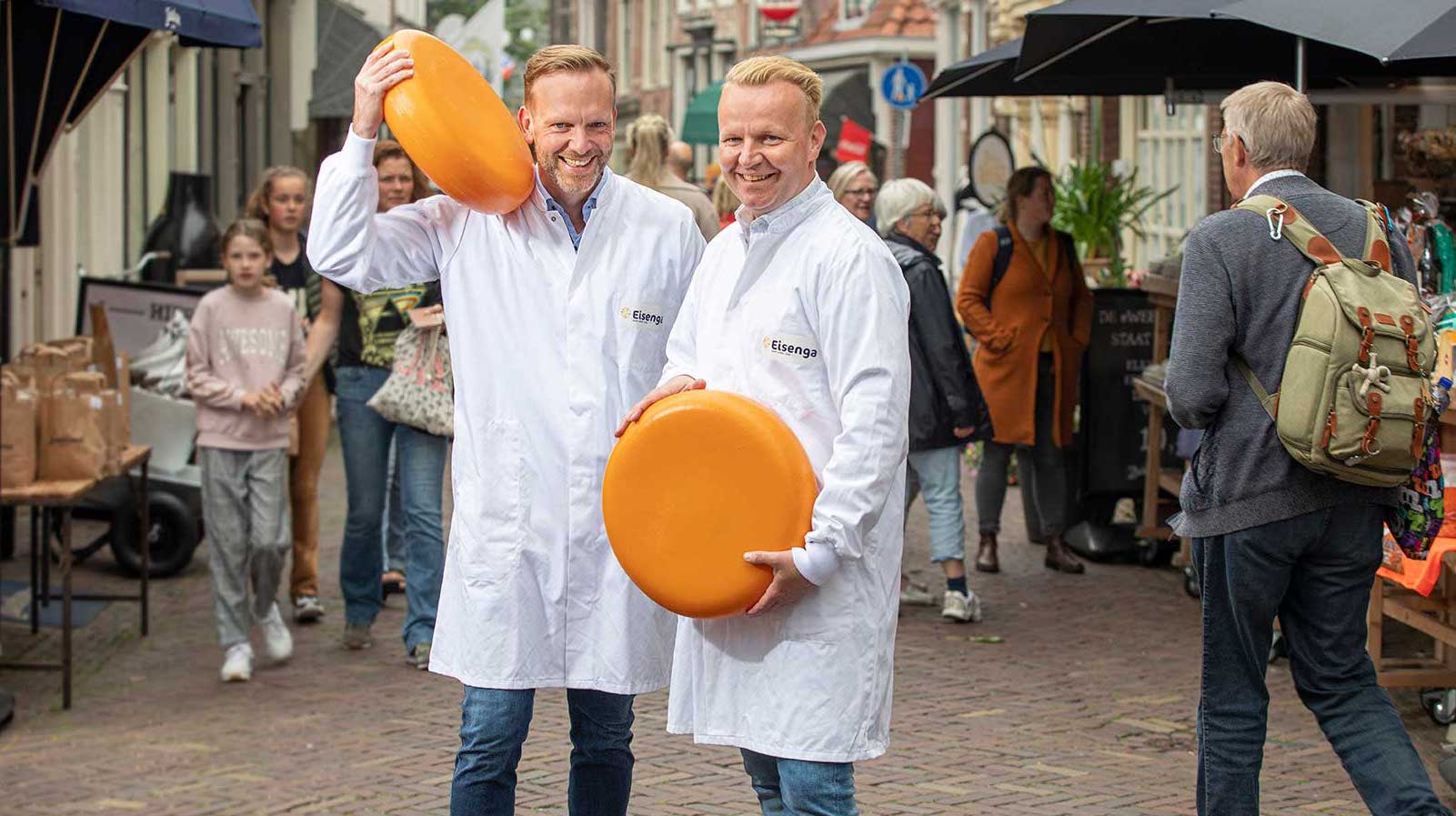 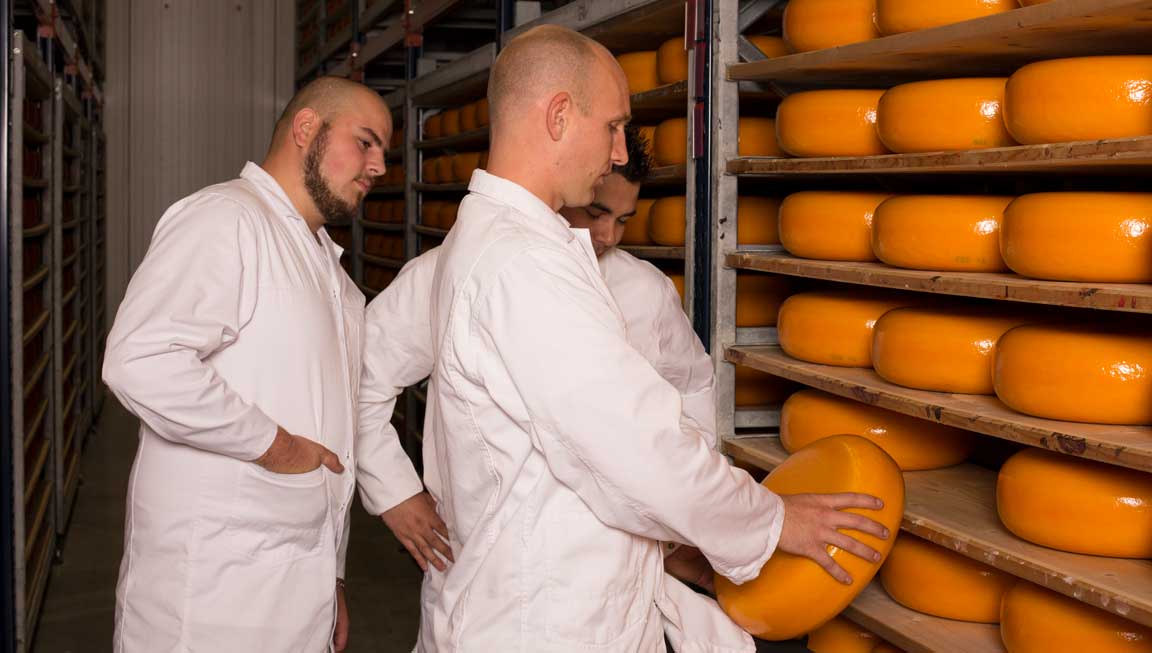 Eisenga Kaasondernemers’ modern office and cheese warehouse is located in Oosterwolde in the Dutch province of Friesland. The cheeses are stored in perfect conditions in the cheese warehouse and regularly turned by hand. The cheeses mature there on wooden shelves. A professional team of master cheesemakers and logistics workers monitors quality and ensures that orders are processed and delivered punctually.

We focus on making independent entrepreneurs and small-scale formulas more successful. Thanks to our successful efforts to market proprietary formulas in a variety of sales channels, we have acquired a wealth of experience in this part of the market in recent years. That practical expertise is extremely valuable to independent cheese entrepreneurs.

Within the landscape of cheese retail, we support the following proprietary formulas:

Eisenga Kaas has been well represented at the weekly markets in the northern part of the Netherlands for years. The ‘Antje logo’ used by Eisenga Kaas is a familiar and characteristic sight at markets in the Dutch provinces of Groningen, Friesland and Drenthe.

All types of Dutch cheese are offered for a fixed low price per kilo in the ‘Kaasvoordeelshop’.

The ‘Kaasbus’ door-to-door cheese van service offers a surprisingly extensive range of cheese, nuts and wine, sold at competitive prices. ‘Kaasbus’ entrepreneurs visit their regular customers at home to offer them this range of products.

We focus primarily on marketing proprietary brands and concepts. If you are a cheese entrepreneur and you want to introduce a private label cheese to the market to differentiate yourself more effectively, we can obviously offer you the support you need. From the cheese recipe to final brand development.

Do you require more information about the terms and conditions under which we produce private label cheese? Please contact Ruud Eisenga: r.eisenga@eisengakaas.nl. 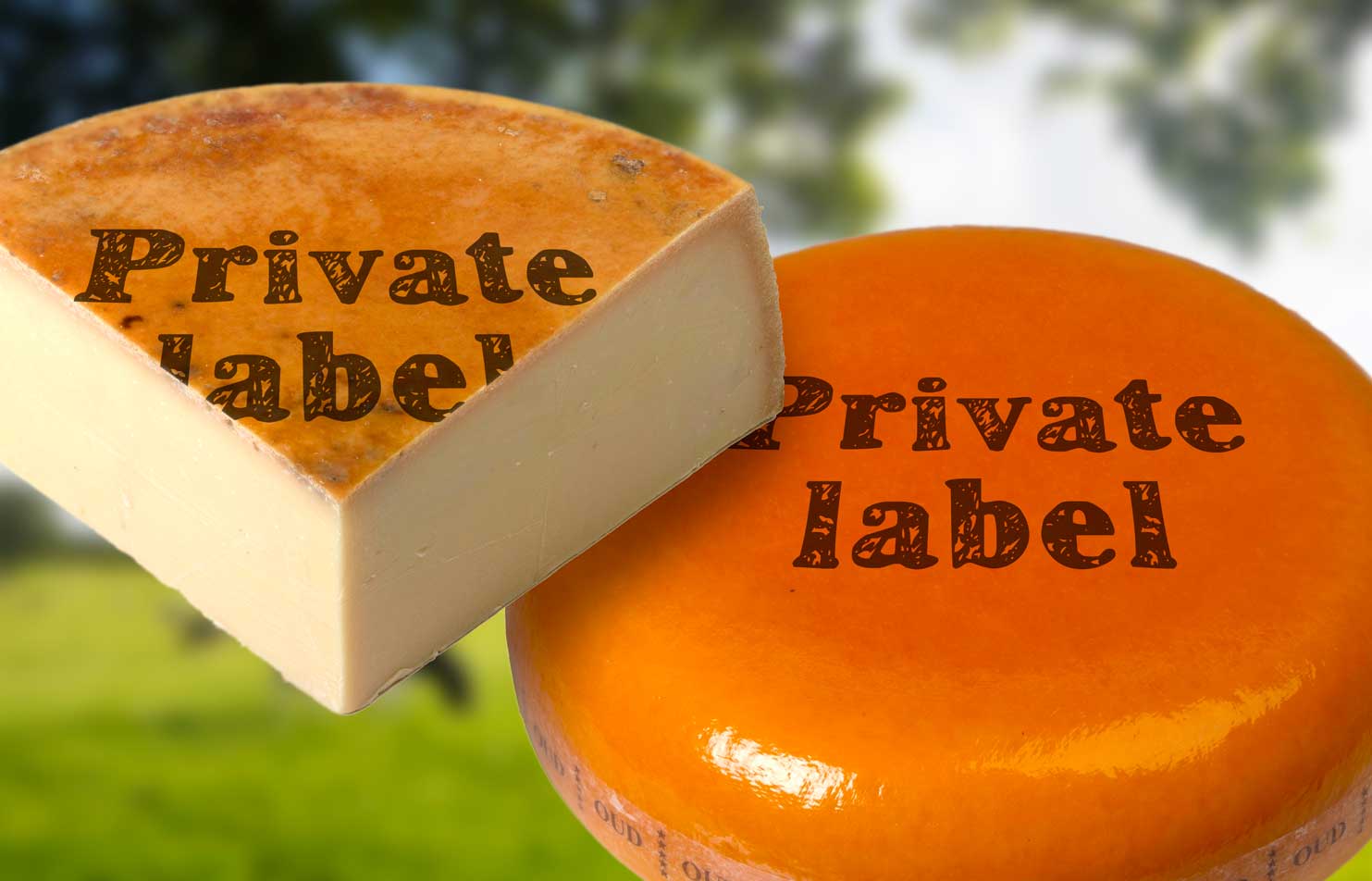 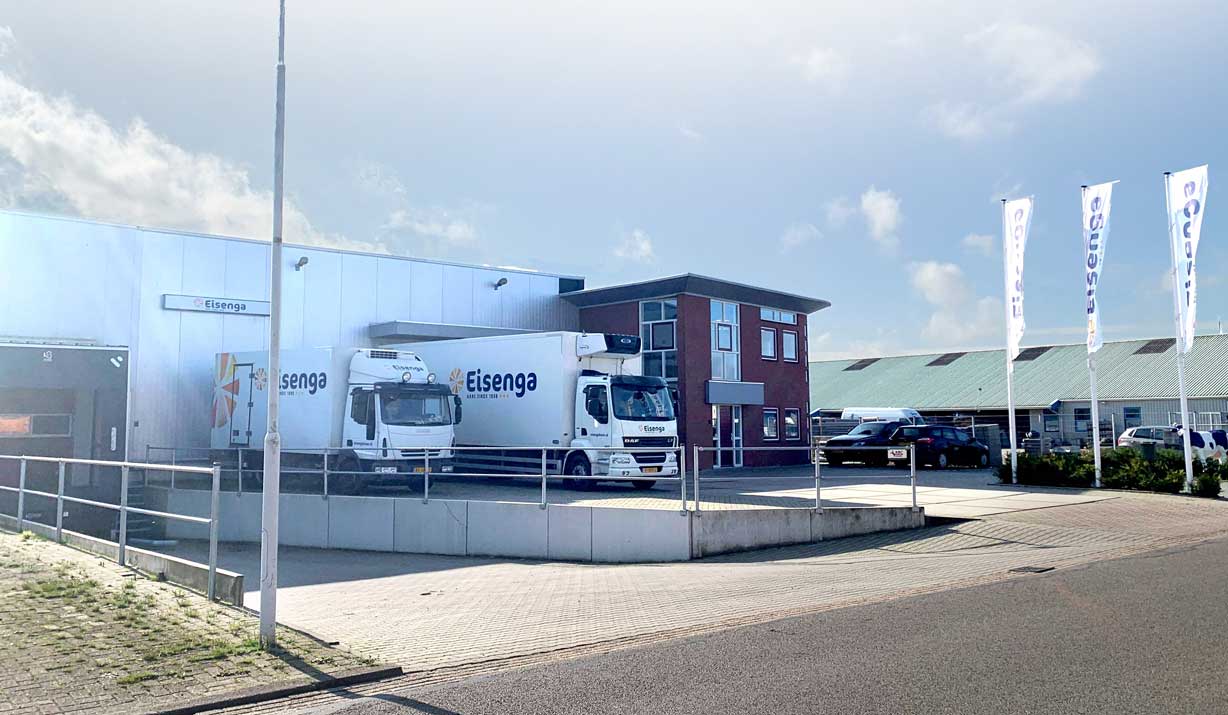 As a cheese entrepreneur, you naturally want to be able to rely on ease of ordering and high delivery reliability. And rightly so. To achieve this, we continuously invest in optimising our ordering system. We also distribute our products with our own delivery truck and, where necessary, use external transporters.

Are you a farmer and do you make your own cheese or have plans to do so? If so, we should talk. We will be happy to put our entrepreneurial expertise to work in order to market your cheese. For example, under our Boer’nKaas brand. We help you with advice and concrete initiatives, and make sure you can get a good price for your cheese.

We also help small cheese producers with their brand development, marketing and sales activities with the same passionate enthusiasm. Together, we form a strong team that makes your cheese brand(s) a success. 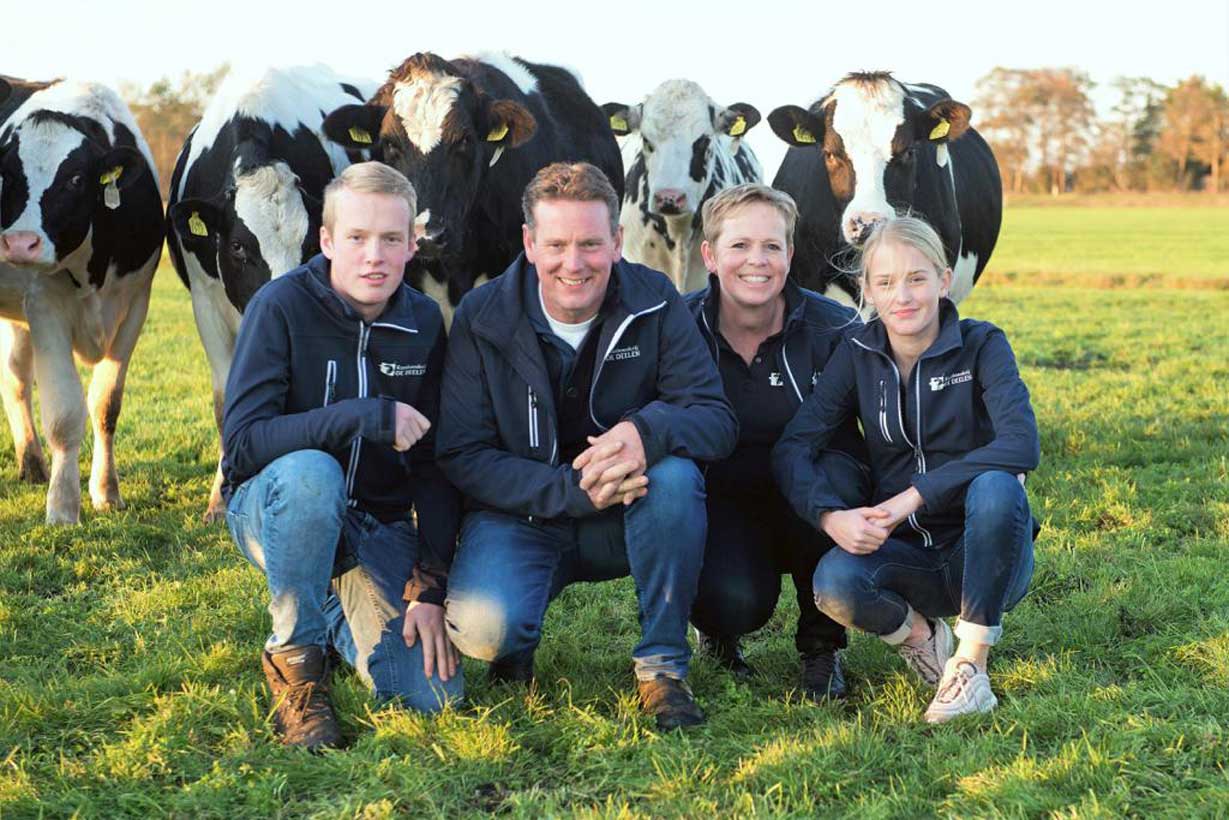